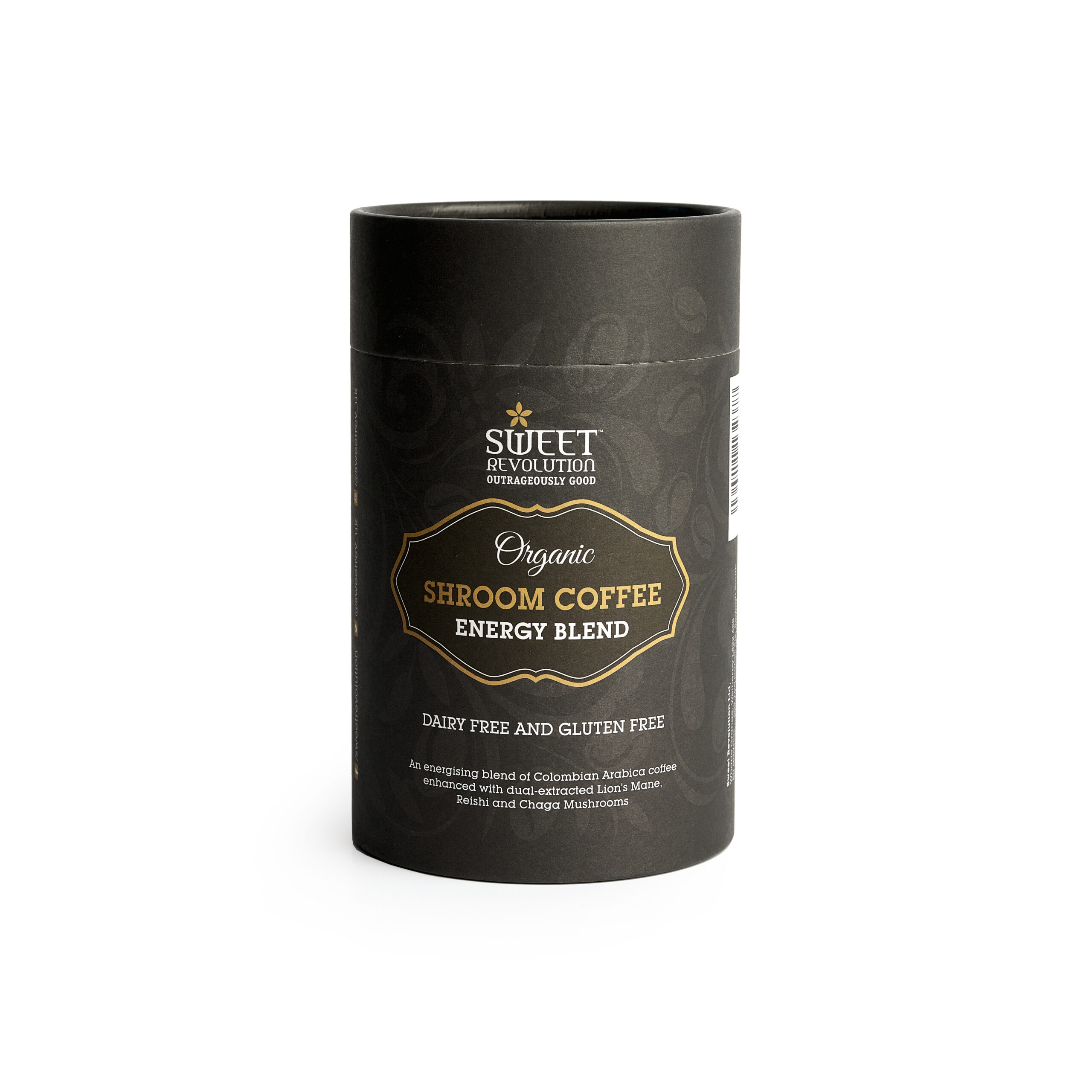 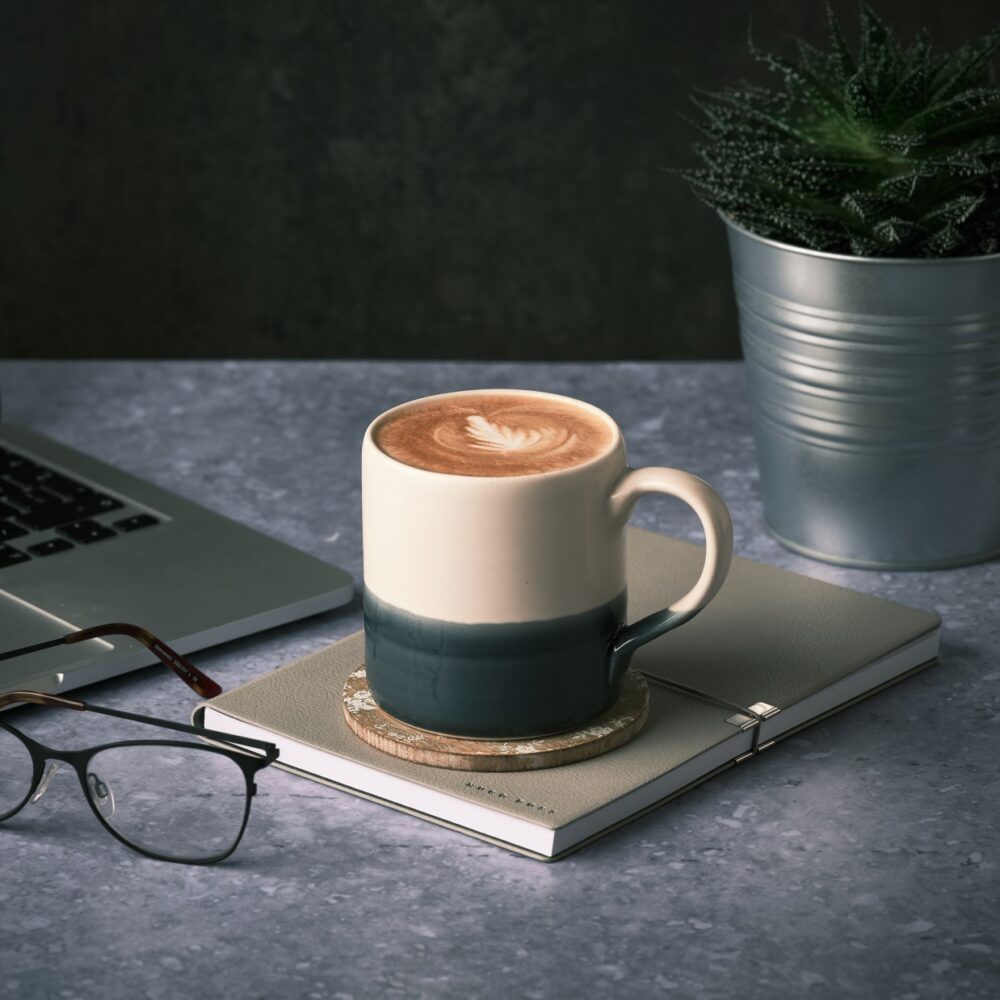 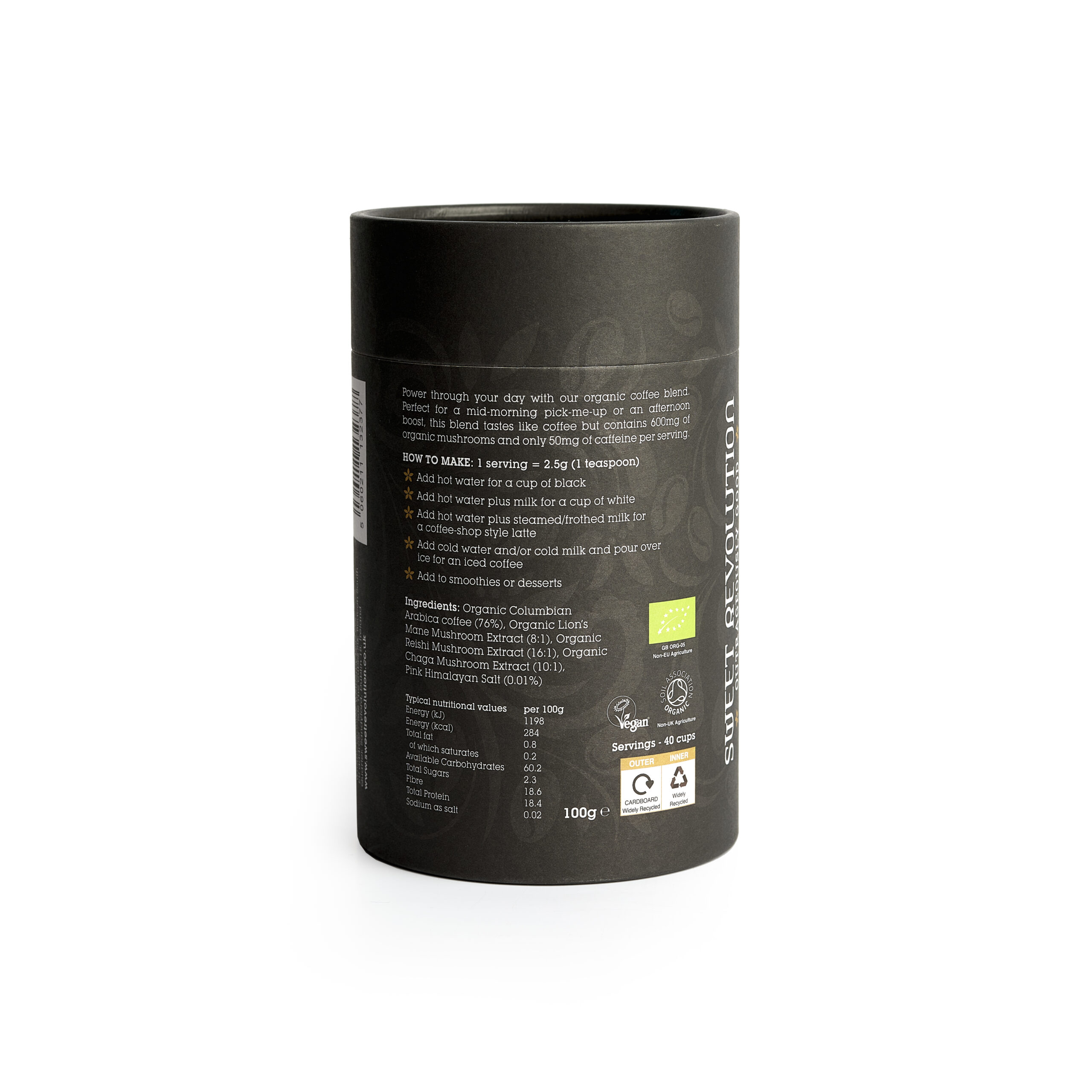 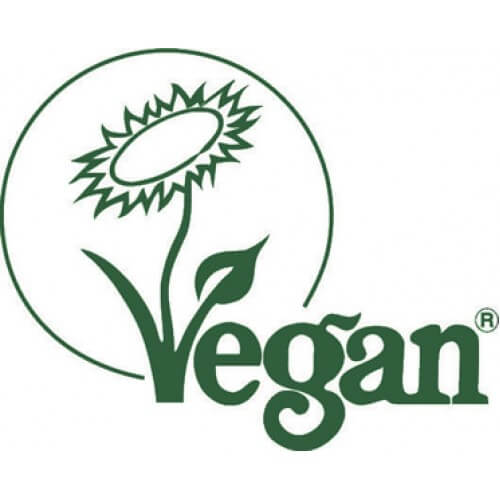 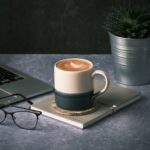 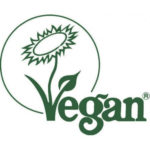 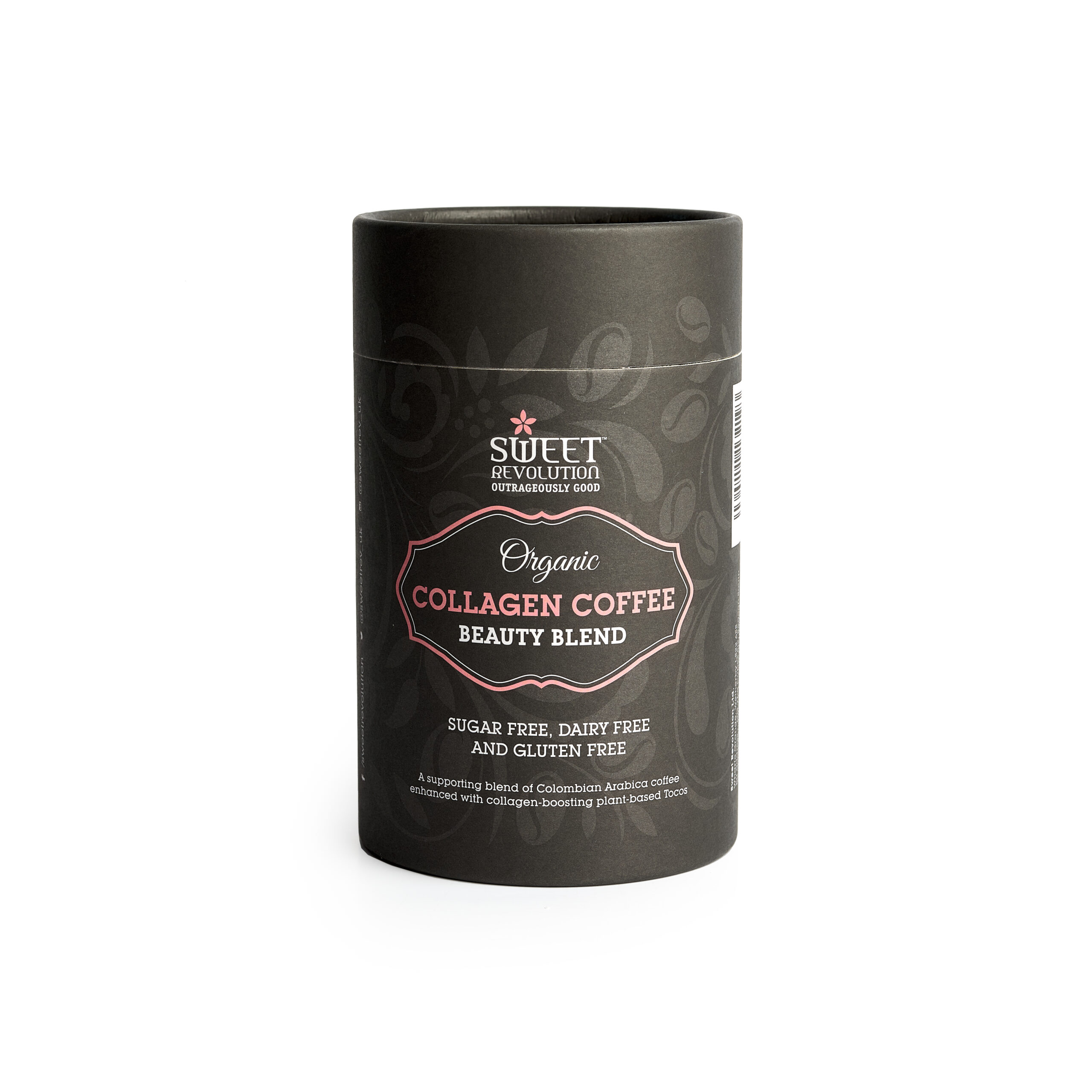 Organic & Vegan Collagen Coffee
5.00 out of 5
3 customer reviews|Add a review

Our take on a mushroom coffee combines organic Arabica coffee with some amazing dual-extracted mushrooms – Chaga, Reishi and Lion’s Mane. The combination of coffee and mushrooms avoids the ‘jitters’ and ‘crash’ – and really does taste like coffee not mushrooms!

We’ve included three amazing medicinal mushrooms in our Shroom Coffee mix.  These mushrooms are known as adaptogens, which are a unique group of phytonutrients which help your body adjust to stressful circumstances ranging from extreme heat or cold to infections or trauma. They’re also rich in beta-glucans – one of the most potent and healing polysaccharides known. It is renowned for its role in activating the immune system.

Chaga is known as “The King of the Medicinal Mushrooms” due to it being one of the most powerful antioxidants in the world.  This mushroom is especially high in a compound called super-oxide dismutase (SOD), which is an enzyme which reduces the damage done to cells by “super-oxide”, the most common free radical in the body. Studies have shown that SOD acts as an antioxidant and anti-inflammatory

Reishi is known as the “Mushroom of Immortality” and is one of the oldest mushrooms to have been used therapeutically.  They contain hundreds of biologically active molecules which promote the immune system among other things.  One of these compounds is Ganoderma Lucidum Peptide which is thought to be responsible for its potent antioxidant capacity.  It also has steroid like anti-inflammatory compounds that inhibit histamine, the chemical responsible for allergic reactions, giving it the potential to decrease the symptoms of allergies.

Lion’s Mane –  Amongst the active ingredients in Lion’s Mane Mushroom are the cyathane derivitives hericenones & erinacines which act as nerve growth factors (NGF). A small protein that is needed for the maintenance and growth of certain neurons, NGF is crucial to the overall health of the central nervous system.  Hericenones stimulate the brain to produce more NGF and erinacines which work with the brain to foster the production of NGF, thus stimulating the production of new neurons.

You've just added this product to the cart: